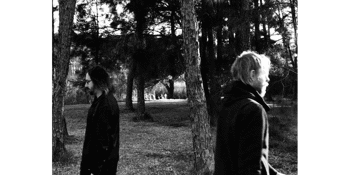 The Sea Shall Not Have Them & Chiffon Magnifique

The Sea Shall Not Have Them celebrate the international release of their new album "Debris" with a release show at Vinnie's Dive Saturday 12 Feb.


The Sea Shall Not Have Them is working with renowned Sydney label The Bird's Robe Collective, home to such acts as Sleepmakeswaves and We Lost The Sea. "We are thrilled to join the Birds Robe family, and look forward to working with the label to take "Debris" to a wider audience" says guitarist Curt Emerton. "The label is home to a great network of bands and folk who have such a passion for music" adds drummer Mat Wilton.

The Sea Shall Not Have Them have drawn critical acclaim for their live shows, with The Music street press calling the band "consistently a treat live... it's a wonder what a vast aural blanket they can weave with such a minimal ensemble."

Joining the band is darkwave, post-punk, industrial inspired artist, Chiffon Magnifique, the one man musical force of Jed A. Walters (formerly of Telsa Coils). Chiffon Magnifique recently released their debut single "Abomination", with more to follow. "I have almost an entire album of material that I'm dying to release and perform" says Jed.